August 2018 – How does a mid-size manufacturer, one that is blessed with strengthening demand, cope with a limited supply of the raw materials needed to make its products while containing the rapidly rising costs for those substrates? How does such a manufacturer even explain to its own customers why these costs are going up so fast?

Good news/bad news: The so-called “trade wars”—launched by the Trump administration through its Section 232 and Section 301 tariffs, girded by claims for national security and the protection of U.S. intellectual property rights, respectively—has been front-page news for months. So the farmer, the nail producer and the construction contractor each has a grasp of what’s happening and what’s at stake for their own enterprises.

“Between Section 232 and the restricted availability of hot-rolled coil, the negotiation has changed,” he says. “More power lies with producers and distributors than in the past. Customers are afraid the market will crash and they are reading confirmatory things like [a well-known analyst’s] prediction of a $200-a-ton fall in price in the fourth quarter.” 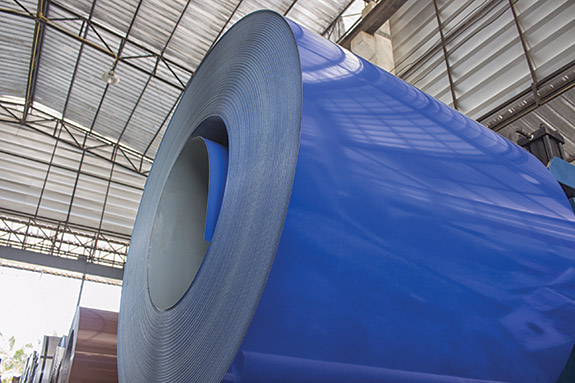 As Flack Global Metals customers realize the benefits of risk management, they return for additional negotiations.

As a result, says Flack, “Everybody is playing short, not committing long term. There is a hand-to-mouth atmosphere. Customers are experiencing various degrees of pain, depending on the product. If steel is 30 percent of their cost, it might be business as usual.” However, material substitution is beginning to occur in some markets, “and that will impact demand down the road.”

Reactions have diverged, according to Flack. “Some customers are in denial; others are out in front of it and have made sure they have supply.”

Early last autumn, Flack Global Metals began having serious talks with clients about how to prepare for the inevitable supply crunch that would come with tariffs on imported steel and aluminum.

“Those who listened to us and locked in pricing did well. We hedged everything as they did so. Others are kicking themselves because they didn’t prepare. Now,” Flack says, “they aren’t listening because they think the market is going to crash tomorrow; now they don’t want to hedge.”

Customers that did sign up for price protection “won’t get hammered by holding high-priced inventory in a low-price environment. They have a greater willingness to participate in risk management.”

David Feldstein, director of risk management for the service center, estimates that “we are up 200 percent on tonnage, halfway through the year. And we have a big deal in the works to secure significant volume for one customer.”

Contrary to what the average person who isn’t hedging might guess, “We aren’t trying to forecast pricing,” Feldstein says, “because it hinges on much more than government policy and individual needs. We are seeing constant strong demand from our customers. It comes down to margins and volatility.

“If you can go to your own customers and lock in a price, then we can lock them in. And it doesn’t matter if the price is $500 or $900 [per ton], we get them a 10 percent margin. That’s where deals get done. If there is a huge backlog, they’re covered.”

As Flack customers realize the benefit, “they come back and do more. Our company creates for them a customized supply chain. We meet specific needs on time.”

“There have been a lot of opinions—especially from those without skin in the game,  people who haven’t bought import tons,” Feldstein remarks. Import orders take three to four months to arrive. So if a customer now sees an attractive spread between import and domestic pricing, they won’t get the material until October, at the same time that peers begin destocking.

Buyers find it difficult to respond to high domestic prices, he says. They go back and forth: “We’ll buy imports, yes. But no! Because, what happens when prices don’t fall [as some forecast they would]?”

Feldstein says the messaging from the administration is clear: It will take any measure it deems necessary. “Within the recommendations, some countries will be excluded but then tariffs will be raised on other countries to equalize the numbers.” But what if there is huge volume? What if they raise tariffs as the imports arrive? “So there are pitfalls, which will have consequences.”

It’s the market response that isn’t clear, he says. “One must be cognizant of all these complications, all the unseen risks, when you order an international ton.” 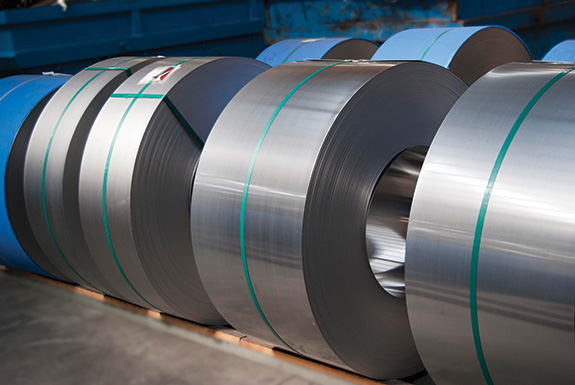 Even with the uncertainty prevailing as a result of import tariffs, OEMs have very low inventories, and count on distributors to manage the gap.

Sometimes, in short supply situations, buyers will build up floor stock as a buffer, ask their service centers to stock more of their lines, or do both.

According to Jeremy Flack, “There was a rush to bring much material in before prices went up but now [customers are] conservative again.”

Inventories remain low at OEMs, says Feldstein, citing the Purchasing Managers Index and Durable Goods reports. “Customers’ inventories have been so low—at less than a restocking mode, almost at a recessionary level.”

There has been a shift in leverage because of Section 232, he says. OEMs got to a mere two to three weeks’ supply and then, “when mill lead times pushed out past six weeks, they were in a bad position. We already had steady demand and this just stoked that higher. They have no material to work off. They were able to raise prices to their customers, telling them they didn’t have a choice.”

Flack and Feldstein have heard many conflicting predictions as to what’s coming next for metals supply, demand and pricing. “The sky is not falling,” says Feldstein. The service center doesn’t make pronouncements but uses fundamental and quantitative analysis and lays out the probabilities. “We ask customers, ‘What would these scenarios mean for your business? These are the things you need to look at if and when hot-rolled coil is at $900.’

“People look for things to confirm their own opinion. It’s confirmation bias. I had a salesperson at one customer telling me why price is going lower.” At that point, says Feldstein, you “just ask the guy to call you when he wants a quote. You don’t get paid to be right or wrong, just to sell steel. You cannot figure it all out. But you can figure out what’s best for your business and maximize your own potential based on the probabilities. This is what we evolved into,” he says, by offering risk management tools for metal purchases.

Asked whether the company discovered any unexpected opportunities in the market as a result of the tariff disruption, Jeremy Flack says it is “opening up opportunities with prospects that are turning into customers. They are seeing value in the risk management model. They want new avenues of supply and are willing to talk. It softened up the buying community.”

Feldstein says executives at larger, publicly traded OEMs “are under a lot of pressure, and are compelled to get more involved in purchasing strategies.” The conversation might go like this: “‘What happened to us? We are getting our butt kicked. What could have been done differently?’ Some guys will be fired for not looking ahead. Others covered their butts and escaped the blowback.

“We chose to promote this model because it’s useful. In the next cycle or two, that’s where the big opportunity for growth will arise: in the adoption of this strategy,” predicts Feldstein. “The network effect happens. Competitors will start doing it, too: Locking in pricing, hedging as a part of the purchasing portfolio. The previous strategy was too one-dimensional.” MM

You must take delivery at the shipping address listed on your customer account. All prepaid pricing is calculated based on this address.

If you need a delivery to an alternate location, please contact your sales person.

Material must be from one area (ex: Houston).  Multiple pickup locations may require additional charges.

Prepay & add cost displayed is estimated and will be verified on your order acknowledgement.